The noun is a word that indicates the names of person, place, animal, thing, and idea. The noun is the most important among the eight parts of speech. Nouns are very important in the ‘spoken’ as well as ‘written’ language. We use the term noun for a person, animal, idea, thing, and place. 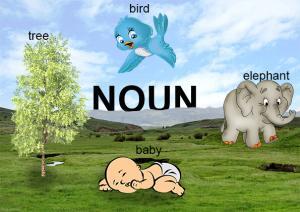 We shall take some examples to know better.

The nouns in each sentence are in bold letters.

There are two types of Noun–

You may also like the related links given below.